People are destroying the rain forest for construction, meaning they are building houses and roads. The rain forest is a big part of our lives and the earth. It makes the earth healthy, and it lets us humans breathe as well as animals by oxygen. Animals are a big part of the rain forest, if we protect the rain forest we will protect the animals, protect the climate, and we protect ourselves. The rain forest also has plants which could provide some medicine that can cure a deadly disease.
The first reason to protect the rain forest is animals. Animals have been our main food source for thousands of years and also our companions. If animals could get extinct then maybe humans can get extinct too. 2.3 million animals have died from racing fires and by their habitats being destroyed. 173 species of animals have died or have been extinct. Animal habitats are destroyed by the construction, and there will be consequences. The lack of food, the lack of water, and there will be disease lurking around. Apes and leopards will decrease dramatically because they need a large area to live in.
Climate is a big part of our lives, where we live in the whole earth is full of oxygen. Building roads or any type of construction can be really bad for the air. Dust and any type of chemical that goes into the air could lead to diseases, it would be dangerous for the animals and be dangerous for humans. The air pollution usually starts with vehicles, motor vehicles, farming, factories, construction sand soil, and power plants. Most air pollution is caused by burning fossil fuels. Fossil fuels can be caused by smog and acid rain, smog forms when sunlight and heat react with gases in atmosphere, and acid rain if formed when dangerous get into the atmosphere and it mixes with the rain.
Plants are a big source of medicine and food. There are so many types of plants that we may not find in other parts of the world, destroying the rain forest we may never get to use. The leaves that's part of some plants are really important because they have oxygen which humans and animals breathe. When destroying the rain forest you're destroying trees, vines, grass, flowers, and plants that all have leaves one big oxygen pile. 30 millions of plant have been destroyed by destruction and fires. Plants provide medicine which can cure deadly diseases.
The good positive of destroying the rain forest is providing more land. Providing more land for farmers to make food or plant food only for agricultural uses. Humans could have a positive impact on the rain forest by building dams which could prevent flooding, generate electricity, and create reservoirs. Humans could restore trees where the forest once existed. Humans could also practice renewing the damaged habitats so animals could live again. There are some positive things to come out of the rain forest if it is destroyed.
I believe the rain forest should not be destroyed. People should leave it alone, leave the plants and animals alone. The rain forest provides animals, plants for medicine, oxygen to breathe, and keeping the earth healthy, destroying all that will not be good. I believe the rain forest is not a place to live only animals and plants.

Indian Removal Act/  Leader Impact Essay
​
The Cherokee tribe group was part of the Indian Removal Act in 1830 by Andrew Jackson. The Cherokee got moved around a lot like slaves, they didn't have a choice but to move to Oklahoma along with The Trail of Tears. Half of the Cherokees died on the trail, from a sick cough or diseases;  around 4,000 died. In 1830 The Indian Removal Act was signed into law by President Andrew Jackson. On May 28 Andrew Jackson unsettled Mississippi land exchange for Indian lands with borders. The Cherokee group was held by John Ross by 1828-1866. John Ross was born on October 3, 1790, Turkey, PA. John Ross died on August 1, 1966, Washington, D.C. John Ross tried his best to protect the Cherokee territory. He was part of the Cherokee tribe for 40 years. John Ross asked the US congress to quit the passes but they couldn't do anything because they were already signed with Andrew Jackson
The Cherokee was being treated badly, it impacted them by feeling bad, losing hope, and not being saved. Diseases, people getting lost so many Cherokees were dying and the Supreme Court or the Congress did anything. half of the Cherokee moved to east territory or west territory. In the United States there are some land that belonged to the Cherokees from the Removal Act. There are still many Cherokee blood, family members will remember their moms, dads, grandparents, great grandparents, and great great grandparents of how they survived the Trail of Tears, it could impact the way they see the world.
This has affected people today by having memories, and having borders around the world, The Indian Removal Act was impacted by Andrew Jackson. The Supreme Court the Congress couldn't do anything for the tribes. Some people in the world don't know that we're still living on the Cherokees land. The land is like a checkerboard, it goes to one square to another, their land that president Andrew Jackson stole and out land that we bought. People can learn from their mistakes or go back to making more mistakes.
The Removal Act of Cherokee ended in March 1839. The Cherokee was around for 150 years. When the Trail of Tears ended when survivors of the Cherokee nation was being forced to go west throughout Georgia and North Carolina. Nearly a fourth of the Cherokee population died along the path they continued to walk and follow. The Trail of Tears 60,000 Native Americans and forced Indian territory to become lost and hopeless.
Work cited
Verble, Margret. “Cherokee America”. 19 February. 2019. Print.
​Drexler, Ken. “Indian Removal Act”, Library of congress. 22 January. 2019. Print

Cody is 1 year old, he’s a short hair domestic cat. He has bright green eyes. When you see him you can see his eyes glow in the dark room. His fur is black and white. His fur is soft, feels like cotton. When he tries to kinda talk to me he sounds like a dying cat, his meows aren't that pleasant. He’s sorta the same size as a small breed dog, well he’s still a baby so he has more time to grow. Cody’s funny; he makes me and my mom laugh just by doing dumb stuff. When you cuddle with him you smell the outside. He meows like crazy just to grab your attention. He sorta has the same sound I think a dog cries. When he rubs against you it feels like a nice blanket. 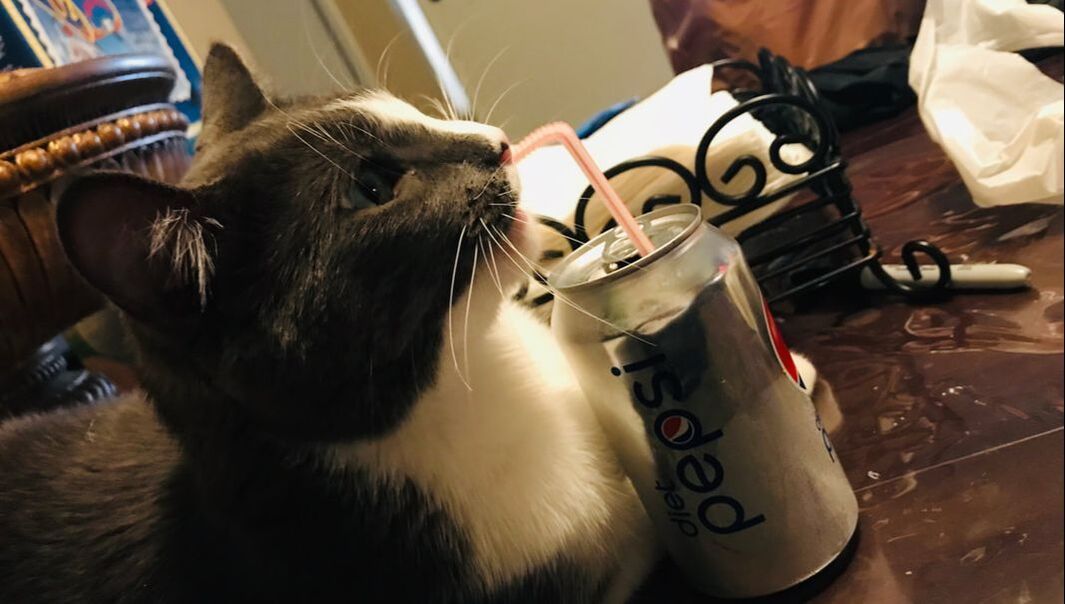